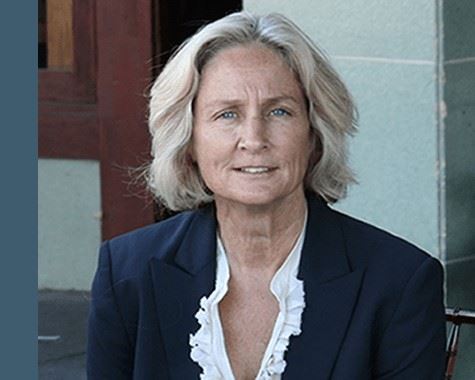 San Anselmo is in Eileen Burke’s DNA. One of six kids born to longtime residents Patty and Joe Burke, she was born on Morningside, raised on Barber, rented on Monterey, and now owns a home on Tamalpais. Eileen attended Wade Thomas, St. Anselm and Marin Catholic. She played softball at Memorial, learned to swim at Drake and walked the creek and climbed Red Hill more times than she can count.  She has witnessed three major floods, the Red Hill slide and, through it all, people who care about community.

A sole practitioner and renowned advocate and trial lawyer for 25 years, Eileen was awarded the San Francisco Public Defender’s Gideon Equal Justice Award in 2007 for her extraordinary commitment and dedication to criminal defense.

Eileen is married to Marin grape grower and winemaker Stew Johnson, and they have boy/girl twins who attended Parkside Preschool, Wade Thomas and White Hill, and are now at Drake/HS 1327.

A recreation and outdoor enthusiast, she has backpacked the Tour de Mont Blanc and the Tahoe to Yosemite Trail, and ridden her bike from San Francisco to Los Angeles in the California AIDS ride. Locally, she can be found hiking and biking the many trails in Marin.